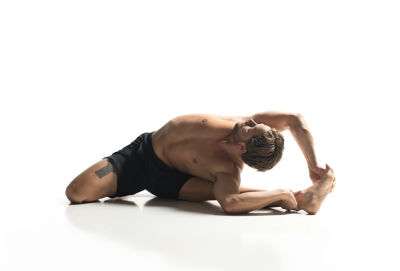 Jim Keegan is an internationally renowned biomechanist/ kinesiologist yoga and meditation teacher giving his wisdom for over 20 years. He is the founded of Yoga Nirvana in 2008.  He has authored and developed many trainings and certificate programs, including two Yoga Teacher Training (YTT) certification programs (200- and 300-hour programs), and the co-creator of Restorative Yoga for Nurses and Mindfulness & Meditation Practitioner certification programs.

His ability to convey ancient wisdom and modern science to yoga studios, colleges and corporations distinguishes him as a teacher and speaker. Jim is an expert of psychosomatic science and its connection to our health and quality of life.

Jim grew up in Boston, MA.  He began skating and playing hockey at 2 years old. His love of running and then cycling continued to build and helped to create health. His yoga practice developed when he moved to a small island off the coast of Massachusetts. It was there that he began asana and pranayama (never having heard of yoga) and completely understood the relationship of inhale to lengthen and exhale to deepen stretches. This mastery led him to seek a teacher after hearing he was doing yoga from a friend.  In 1999 Jim moved across the country to attend Arizona State University. His studies of Biomechanics were in line with his understanding of yoga practice and honede through movement diet and mindfulness we eliminate the effects of our minds and bodies breaking down.